Also: Joan Walsh of The Nation says Herschel Walker looks like a loser in the Georgia senate runoff.  11-17-2022

The Midterms Analyzed: Harold Meyerson, plus The Nation’s writers 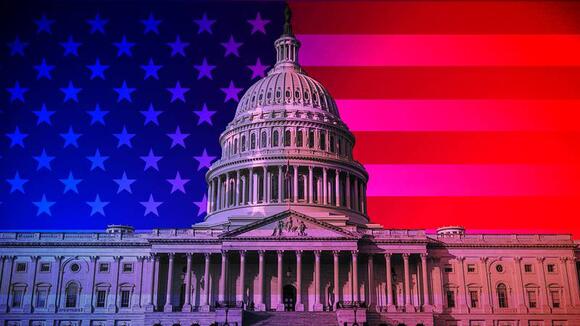 Listen HERE
Barack Obama lost 63 seats in his first midterm. Trump lost 40. Biden will lose 6 or 8. How did the Dems do it? Harold Meyerson has been thinking about that.

Also, The Nation‘s top political writers analyze the good, the bad, and the ugly of the midterm elections, and find keys to building a winning coalition for 2024: D.D. Guttenplan, Elie Mystal, Joan Walsh, John Nichols, and Chris Lehmann.  11-10-2022

Listen HERE
In the key swing states of Arizona, Pennsylvania and Nevada, the union UNITE-HERE has the biggest ground game of any organization – Harold Meyerson explains what they do, how they do it, and why they are so good at it.

Also: How can we save democracy from white nationalism and right-wing authoritarianism? Steve Phillips argues (we need to organize and turn out the millions of non-voters) – people of color and young people – with a long-term, data-based strategy. Steve’s new book is “How We Win the Civil War: Securing a Multiracial Democracy and Ending White Supremacy for Good.”

Plus; Stacey Abrams, running for governor in Georgia, is behind in the polls of likely voters. But her whole strategy is to organize and mobilize people who do NOT vote regularly – to expand the electorate with young people, people of color, and those the political scientists call “low-propensity voters.” She explains in this interview, from April, 2019, after her first campaign for governor.  11-4-2022

Listen HERE
Election day is less than two weeks away. What should the Democrats’ closing message be? Harold Meyerson of The American Prospect comments.

Also: Mike Davis, author and activist, radical hero and family man, died on Tuesday, Oct. 25. After talking about his life and work, we play part of an interview with him on this podcast from November, 2016, one week after Trump was elected.

Plus: The Trump years are not the only time American democracy has been threatened – the World War One years, when Democrat Woodrow Wilson was president, were another. That’s what Adam Hochschild argues –his new book is “American Midnight: The Great War, a Violent Peace, and Democracy’s Forgotten Crisis.”  10-27-2022

Latinos and the Midterms: Harold Meyerson; Marijuana and the Democrats: John Nichols; plus Greil Marcus on Bob Dylan

Listen HERE
Latino voters hold the keys to Democratic victories in the swing states of Arizona and Nevada, Harold Meyerson argues. New polling data highlights the possibilities – and the problems.

plus: Joe Biden has just made marijuana legalization a campaign issue–the Democrats should run with it, says John Nichols.

Listen HERE
LA’s political scandal is about the racism of some Latino politicians. Harold Meyerson has the big picture: Ethnic succession is the history of urban politics in the US. In America today, progressives need ethnic and racial alliances, and the participants in this taped conversation have to go.

Also: Nurses have taken the lead in the wave of this year’s labor activism. The largest private-sector nurses’ strike in American history took place recently in Minnesota. Bryce Covert reports a key front in the fight for better health care in America.

Plus: There’s a novel, which is sort of about the murder of Emmett Till in Money Mississippi in 1955, written by a professor at USC, that’s been shortlisted for the Booker Prize. The author is Percival Everett, and the book is called “The Trees.” John Powers comments. (originally broadcast in October 2021).  10-13-2022

Listen HERE
Should Bernie Sanders run in the Democratic primaries in 2024? Bhaskar Sunkara, President of The Nation, says “yes” IF Biden doesn’t. Sanders transformed American politics and, Bhaskar argues, he remains a uniquely important figure for Democrats and the left.

Plus: can Republicans win control of the Senate? Trump’s candidates are the GOP’s biggest problem, starting in Pennsylvania, Arizona, Georgia, and Wisconsin. The Nation’s National Affairs Correspondent, John Nichols has our analysis.

Also: 20 years before the January 6 attack on the capitol, a Republican mob attacked a central hub of government operations claiming the vote count in the presidential election that year was fraudulent, trying to reverse the results. That was the “Brooks Brothers Riot” in Miami, a Republican effort long before Trump. The Nation’s DC Bureau Chief, Chris Lehmann reviews that history.  10-6-2022

Listen HERE
To increase young voters’ turnout, we need to appeal not only to abortion rights but also to economic issues, Harold Meyerson concludes after reading the polls.

Also: Ken Burns’ new documentary on PBS, “The US and the Holocaust,” searches for heroes and happy endings – but there aren’t any, Historian David Nasaw argues.

Plus: “Bad Mexicans”—that’s what the revolutionaries of 1910 were called as they fought on both sides of the US-Mexico border against the robber barons and their political allies. UCLA historian Kelly Lytle Hernandez tells that story, which is the subject of https://wwnorton.com/books/9781324004370 (her new book)–it’s been long-listed for the National Book Award.  9-29-2022

Listen HERE
We’re still thinking about LA County Sheriff Alex Villaneuva ordering a raid on the home of Sheila Kuehl last Wednesday–she’s one of the county supervisors who has called for his resignation. He says she’s the target of an investigation of corruption in the award of contracts by the supervisors – but he says all kinds of things, many of which are lies. Gustavo Arellano reports – he’s a columnist for the LA Times.

Plus: Dirty work—and the people who do it: the low-income workers who do our most ethically troubled jobs. What does that have to do with the rest of us? Eyal Press will explain—his book “Dirty Work” is out now in paperback.

Also:Historian Eric Foner comments on the ways Republicans have made the teaching of American history a key battleground in their culture war against Democrats in the upcoming elections —especially the history of the American revolution.

Plus: The transformation of the Southern Baptist Convention into a powerful right wing political force developed over the last 50 years. Before 1973, when abortion became a constitutional right, the Southern Baptists did not have a political position on abortion. Then came what they call the “conservative resurgence”—we call it the “fundamentalist takeover.” Sarah Posner explains that history.

Also: a new installment of The Children’s Hour: stories about Ivanka, Jared, Don Junior and Little Eric. This week: Jared writes a book! He called it “Breaking History.” We have comment from our Chief Jared Correspondent, Amy Wilentz.  9-15-2022