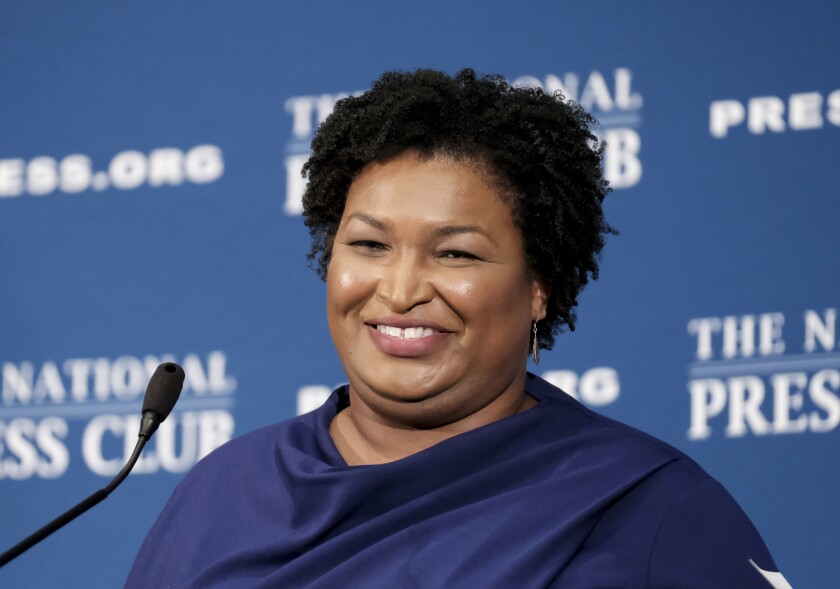 Listen HERE
All eyes are on Georgia now, as the campaigns for both senate seats are underway to determine which party will control the US Senate. For Democrats, the starting point for winning in Georgia is the historic work of Stacey Abrams. When she ran for governor of Georgia in 2018 as the first African American and the first woman candidate, she got more votes than any Democrat in Georgia history, including Obama and Hillary Clinton. But because of Republican vote suppression she was not elected. Nevertheless she paved the way for Biden to win the state—a historic victory. We spoke with her in April 2019, about how she built the coalition that now hopes to win two senate seats in January.
Also: How are the Trump kids dealing with the refusal of their father to admit he lost the election? Amy Wilentz comments—on another episode of The Children’s Hour, stories about Ivanka, Don Junior, Little Eric—and Lara. 11-25-20