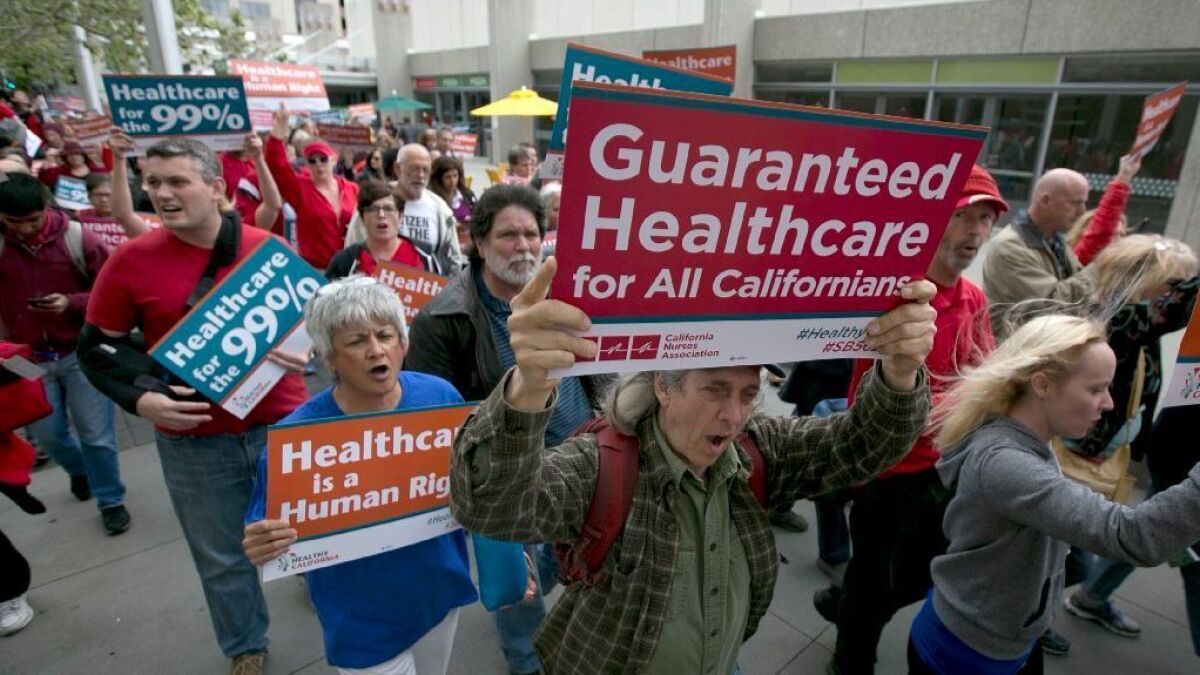 Listen HERE
The paralysis of politics in Congress leads us to turn away from Washington and look at the states: What can the Democrats do when they control a state government? Like California? Democrats there are proposing dramatic changes in health care, expanding coverage to everyone below the federal poverty line–regardless of immigration status. Sasha Abramsky reports on that—and on the more radical proposal, also before the California legislature, to create a single-payer health-care system for all residents of California.

Also: American universities in the ’60s: Was that a golden age destroyed by student radicals who were protesting the war in Vietnam and racism in America? For some answers we turn to historian Ellen Schrecker—her new book is The Lost Promise: American Universities in the 1960s.  1-20-2022